ALYS comes back in “Avenir” !

After the successful release of Dans mon monde (more than 100 000 views on Youtube), discover now a new song composed by Shindehai (VoxMakers, Starrysky) for ALYS, Avenir !

Song thought in a darker style, Shindehai unleashes his multistyle musician talent, by creating a sound between J-pop and Metal. Filled with contrasts, and associating the best of those two styles, the lyrics of this song were made by Lachesis, and illustrated by young dôjin artist Tatsuki.

The result is an astonishing clip, full of wrath, which revisits a classical fairy tale (The Little Mermaid, by Andersen), and adapts it to the taste of today. ALYS is divided between two different, yet complementary identities, finally merging into one, free from the yoke of unfair conventions.

Project ALYS thus is asserted as an original project is the cultural landscape, which enables every artist to overcome oneself, by contributing to the creation of a new universe gathered around a virtual singer. Those first songs also give a boost to the whole team, which has been committed for two months in a research of fundings so as to export ALYS on high-tech software CeVIO

An e-commerce website should open soon, which will propose to fans ALYS-related merchandising, so as to find her a place under their Christmas tree!

Finally, Avenir will be played by Starrysky and interpreted by ALYS during Epic Badass Xmas Party, a geeky Christmas party which will be held at La Flèche d’Or, on December 20th, in Paris. Enough to set the public alight ! 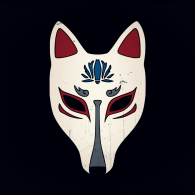