Rêve de Machine will be the first ALYS show happening in a concert hall. It will be on December, 17th in Le Trianon in Paris.  For this event, a band will join the show and will play the first part of it: discover Esprit d’Air !

Reformed in 2016, Esprit d’Air are a space metal band based in London. The band is comprised of Kai (guitar & vocals), Ellis (bass), and Daishi (drums).

“They’re producing tracks that excite us much more than any recent visual kei or J-rock from Japan.” – Tom Smith, JPU Records

The band have made a successful appearance at the main stage of HYPER JAPAN Festival at Olympia, London in July earlier this year. Their comeback single, Rebirth has been eagerly anticipated by fans of old and new, and will be released worldwide on iTunes, Amazon and Google Play.

The band are not seeking a major record label, but instead follow a strong DIY ethos and produce everything themselves to be as self-sufficient as possible. Consequently, they record, mix and master their own releases in their own home recording studio and produce the artwork and music videos themselves.

We’re waiting you at Le Trianon to discover and support Esprit d’Air for Rêve de Machine !

We talk about Rêve de Machine for 6 months now and we recently released a second trailer to introduce the show to you.

Inside the trailer, you can see obviously ALYS, but also the 4 musicians who will be playing on stage during the show! Here who they are:

Lightning (Guitar)
Guitarist, singer et composer, Lightning is a long-time collaborator within ALYS project. Composer of Sous cette pluie and Oxygène, he also leads his own solo carrier. After his debut album Break the Cage and his single Memories, you’ll be able to meet him soon on stage in Tokyo, and then back to France!

Matt Defer (Guitar)
Matt Defer will join Lightning on stage for the guitar part! Member of the band Spitfire, he is an author-composer and interprete. Feel free to take a look at his work on his various social medias!

Grégory Defaud (Bass)
Rêve de Machine will be the very first musical collaboration for Grégory. With his J-music inspirations, he never stop to proof he’ll do well! See you on stage on December, 17th with all of the team!

Nicolas Defer (Drums)
Drummer inside the band Spitfire, he also joined on stage YouTubers Voxmakers. Nicolas Defer is session player for numerous projects you will be able to discover on his social medias. He’ll proove one more time his mastering of his instrument for Rêve de Machine.

See you soon for Rêve de Machine! don’t forget you can preorder your tickets on FNAC, Digitick, Ticketmaster and of course our E-shop! Glowsticsks come as a gift! <3

Don’t forget also the meeting and exhibition for fans the same day and open to everyone! 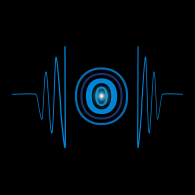